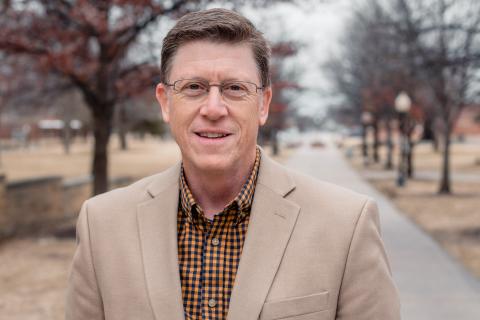 Sterling College has announced David Earle as the College’s associate vice president for advancement. Earle rejoins his alma mater at an exciting time in its history as the College is completing its $25 million SterlingNOW capital campaign, three significant construction projects are in motion and Sterling seeks to engage more alumni with volunteering and philanthropic giving. Beyond capital improvements, Sterling’s strategic fundraising priorities focus on initiatives that boost student access and success, including increased scholarship support and experiential learning opportunities.

“I am thrilled to have David returning to the College. He will join a productive team and will advance our philanthropic and stewardship activities,” said Dr. Scott Rich, president.

Earle previously served the College for more than a decade, beginning as director of development for the College’s successful The Return of Cooper Hall capital campaign that raised over $10 million. Following his departure from Sterling in 2011, Earle served in leadership roles as vice president of advancement at Erskine College in Due West, S.C., Stonecroft Ministries in Kansas City and Bethany College in Lindsborg.

A native of Sterling, Earle graduated from Sterling College in 1991 with a bachelor of arts in Behavioral Science and attended St. Mary’s University in Winona, Minn., for a master’s in Philanthropy and Development. Earle’s son Jonathan ’11 and daughter Ashley (Earle) Brandes ’09, are both Sterling graduates. His son-in-law, Paul Brandes ’11, was named Sterling’s chaplain in the summer of 2019. David and his wife, Sherry, are excited to be moving to Sterling in the near future.

“We are excited to welcome David back into the fold at Sterling. His passion and knowledge of the mission of the College and the uniqueness of the Sterling community, along with the relationships that he has built and maintained for 40 plus years with alumni and friends, will prove beneficial,” said Scott Carter ’88, vice president for institutional advancement.