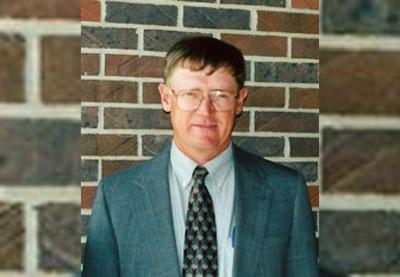 Former Sterling College Board of Trustees member John Stevenson Wilkey ’67 of Sterling, Kansas, passed away on Sunday, May 26, 2019. Wilkey was trustee emeritus, having served on the Board since 2009.

“John Wilkey’s life was marked by humility, faithfulness and generosity. Whether it was the local church, the Reformed Presbyterian Theological Seminary, Sterling College, or simply people in need, John and his wife, Phyllis, met the call and provided love, truth and a helping hand. We are honored to have been blessed by Mr. Wilkey in so many ways here at Sterling College,” said Dr. Scott Rich, president.

Wilkey, a local farmer and rancher, graduated from Sterling College in 1967 with an education degree with an emphasis in math. Following Wilkey's graduation he and his wife, Phyllis, taught in the Salina area for seven years. They then returned to the family farm in Sterling. Wilkey was the owner and part-owner of Sunflower Cattle Company and the Clark County Feed Yard, respectively. He attended Sterling Reformed Presbyterian Church where he served as a teacher and an elder.

In the fall of 2018, the College announced a lead naming gift commitment to the SterlingNOW capital campaign from John and Phyllis Wilkey. The new Wilkey Fieldhouse is a significant feature of the expansion of the Gleason Physical Education Center, adding an auxiliary gym located on the northwest corner of the facility and named in honor of John and the family.