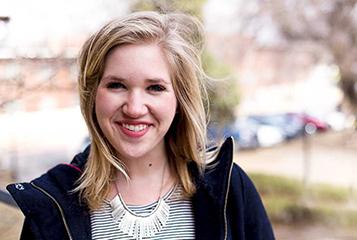 Dara Quastad of Inman, Kansas, is still a novice in years of forensics practice, but she has again earned her way to the American Forensics Association National Tournament in persuasive speaking. Quastad and teammate Stephen Jenkins of Topeka, Kansas, earned champion and runner-up, respectively, in persuasive speaking at the AFA District 3 National Individual Events Tournament hosted March 3 in Norman, Oklahoma.

“I was thrilled with the final regular season tournament. Dara and Stephen were the two hardest workers on the team this season, so I was elated that they could end the season in style by qualifying for AFA nationals,” said Ken Troyer, forensics coach.

In persuasive speaking, Sterling College took three of the top six finishes with Wes Lowrey of Topeka, Kansas, finishing sixth, joining Quastad and S. Jenkins as top in the district.

Lowrey earned fifth place in extemporaneous speaking, adding the category to the events he will be competing in at the national tournament. Bethany Jenkins of Burns, Kansas, finished the district tournament as sixth in informative speaking.

The AFA National Tournament will be held at Colorado College April 5-9. Sterling College will be represented by S. Jenkins, Lowrey, Quastad and Gabby Martinez of Hutchinson, Kansas.

“Dara earned her way to this elite competition in 2017 as a first-year competitor, shocking both students and coaches from across the nation with her natural talent and hard work,” said Troyer. “To have both of Kansas’ bids to the Interstate Oratory Tournament this year, again with two novice persuasive speakers, is a testament to the time and practice Dara and Stephen have put into the season.”

The Interstate Oratory Tournament will take place April 27-29 at Monmouth College in Illinois.