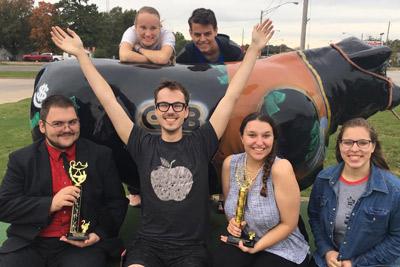 “Overall I thought the students in attendance performed/competed well – the cream typically rises to the top, so the students that have been putting forth time and effort are being aptly rewarded,” said Ken Troyer, forensics coach.

The next competition for the Sterling College Debate and Forensics team will be at Oklahoma City University in Oklahoma City, Okla., Nov. 30 - Dec. 2.