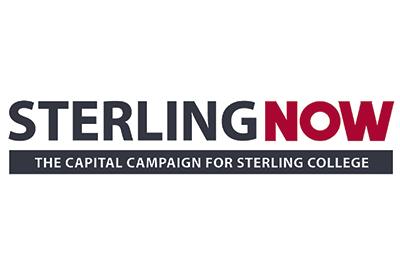 Sterling College has announced it has raised $20 million in gifts and pledges towards the building projects for the SterlingNOW Capital Campaign, meeting the requirements of the $2 million challenge grant offered by the J.E. and L.E. Mabee Foundation of Tulsa, Okla. Since Sterling achieved this goal by the deadline, the Mabee Foundation will provide a grant of $2 million, which completes the fundraising goal of the campaign’s construction projects, including a new science and research center.

“We are so grateful to our donors for their faithfulness and generosity to meet the challenge. We would also like to express our enduring gratitude to the Mabee Foundation for their generosity and support for our vision for the SterlingNOW Campaign. The new science and research center and improvements to our existing facilities will impact students and future servant leaders for years to come,” said Scott Rich, president.

With the grant, the campaign has now raised $23 million towards its goal of $25 million. The campaign has three main initiatives: upgrading science and academic facilities, renovating and expanding the Gleason Physical Education Center and growing the endowment. All three objectives center around Sterling College’s strategic plan, including support for its new master’s programs in athletic training and sports ministry.

In addition to $22 million for construction projects, SterlingNOW includes a goal for a $3 million increase to Sterling College’s endowment, providing new resources for funding scholarships, faculty development, academic disciplines, on-going operations for buildings, new technologies and classroom equipment. The College has now raised over $1 million towards the endowment in the campaign.

Additionally, Sterling received a lead naming gift commitment to the SterlingNOW capital campaign from John and Phyllis Wilkey of Sterling, Kansas. A significant feature of the expansion of the Gleason Physical Education Center will be the addition of an auxiliary gym located on the northwest corner of the facility and named in honor of the Wilkey family.

“Sterling College alumni and friends championed this campaign, resulting in record-breaking financial support. The vision and giving from these supporters unlock the future for the next generation of Sterling students to achieve their dreams,” said Scott Carter ’88, vice president for institutional advancement.

For more information on SterlingNOW, including ways to give to the campaign, visit www.sterling.edu/SterlingNOW.