Dr. Timothy A. Gabrielson was pursing degrees in math and economics when he felt called to ministry during his junior year in college. After graduation Tim made one of the least practical and yet best decisions of his life: he became a pastor to college students at First Baptist Church of Golden, Colo., for five years while studying for his master’s degree at Denver Seminary. Tim then moved to Milwaukee for his doctoral work at Marquette University, earning his degree in December 2015. His research interests include the relationship of the Old Testament and the New Testament, the figures of Adam and Eve in Jewish thought into the Greco-Roman era, prophetic and apocalyptic literature, and the importance of ancient, non-canonical writings for understanding the canon. Mostly, though, he hopes students come to love the Bible and the God of the Bible.

As a native of Colorado, Tim misses the mountains and roots for all Denver sports teams. He also enjoys running, hiking, traveling, and reading fiction. Tim has been married to his lovely, redheaded wife Amy since 2012. She is far more fun than he is, but he tries to keep up.

Ph.D. in Judaism and Christianity in Antiquity from Marquette University
M.A. in Biblical Studies from Denver Seminary
B.S. in Mathematics and B.S. in Economics from the Colorado School of Mines 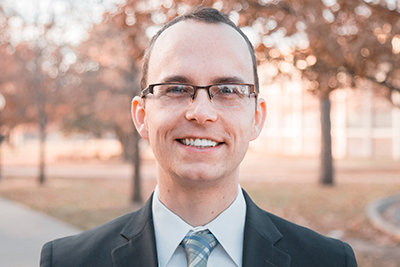