In 2010, Harding's volleyball squad finished in sixth place in the Kansas Collegiate Athletic Conference after being picked to finish ninth in Preseason Coaches' Poll.  The Lady Warriors finished the season with an overall record of 11-21, 7-11 in the KCAC.

Harding comes to Sterling College from Cordova High School in Cordova, Alaska, where he led the Wolverines for nine seasons. Under his leadership the team went to the Alaska State Championships eight times; finishing as champions in 2005, 2006, 2007, runner-up in 2002, 2003, 2004 and third place in 2008.

John and his wife, Piper, live in Sterling with their two children, Luke and Zoe. 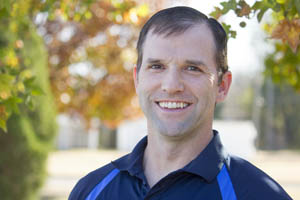