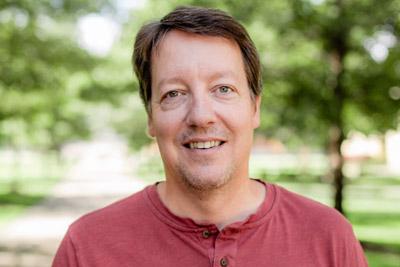 Team accolades are nothing new for Sterling College Forensics Coach, Ken Troyer. He was recently honored for his individual accomplishments as a coach by being inducted into Kansas Speech and Communication Association’s College Hall of Fame in its Class of 2022.

“Congratulations to Ken Troyer on his induction to the Kansas Speech and Communication Association’s College Hall of Fame! Ken currently serves Sterling College as an associate professor of communications, chair of the Communication/Media/Theatre Arts Department, and is the director of forensics and debate. Thank you for all you do for Sterling College, and the students we are here to serve. A very deserving honor,” said Dr. Ken Brown, vice president for academic affairs and dean of the College.

Troyer’s student competitors have competed and won on a national level. In 2018, Sterling College Debate’s Gage Brookman became the top speaker in the nation by winning the 2018 National Forensic Association Top Speaker distinction in Lincoln-Douglas Debate. Most recently, Sterling's Cody Brooks became the National Champion of Novice International Parliamentary Debate at the Pi Kappa Delta National Tournament held at the University of Central Florida in Orlando, Fla., on March 10-12, 2022.

“It’s always humbling to be recognized and honored by your peers, but I have received even more joy from hearing from so many former students and friends. It’s always great to know that you played a small positive role in anyone’s life and that your passions were able to be shared with others who have been able to use those skills and ideas to better their lives and the lives of others. Debate changes lives,” said Ken Troyer, forensics coach.

Troyer is also a published author in the field with his book, “Argumentation and Debate: A Strategic Perspective.”