Justin is from Wichita, Kansas. He is in his thirteenth season as the Head Women's Soccer Coach at Sterling College. Coach Morris coached the men's team also up until December (2006) before stepping down to focus more on the women's team.

The 2010 Lady Warriors, led by Morris, finished the season in third place in the Kansas Collegiate Athletic Conference (KCAC) with a 10-8-2 overall record, 5-3-1 in the conference before losing to Ottawa University in the semi-final round of the KCAC Championship Tournament.  Senior Kylie Yates was named an NAIA Honorable Mention All-American and KCAC Offensive Player of the Year.

Morris became the head soccer coach at Sterling College prior to the 1999 season. After completing his eligibility at SC in 1998, Morris took the head coaching position in hopes of rebuilding both the men's and women's team to prominent programs in the KCAC and NAIA.

Morris first came to the SC as a player in 1997 after completing a two-year stint as a starting center midfielder at Allen County Community College.

Morris had a successful career at Sterling as a two-year starter for the Warriors. In his junior season at SC, the Warriors finished second in the KCAC with a 6-2 mark in the conference and 12-6 record overall. In Morris' final season as a Warrior, Sterling finished third in the KCAC. Both seasons the Warriors qualified and participated in the KCAC tournament.

Coach Morris and his wife Karna and their three children Christina, Kayla and Cameron reside in Sterling. Karna works at Nickerson Elementary School as a 5th grade teacher. 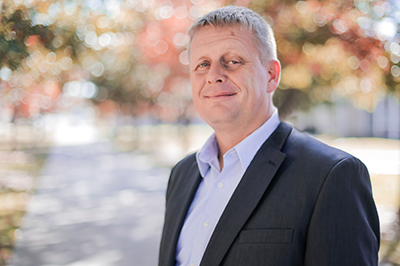