Scott Downing ’79 is Sterling’s vice president for athletics. In his role at Sterling, Downing’s responsibilities include providing the strategic vision for Warrior Athletics and fundraising support to allow Sterling to consistently compete for championships. He provides long-range planning for Warrior Athletics and ensure compliance with the rules and regulations governing the operation of the athletic programs. Downing oversees an athletic department that features 18 teams and over 300 student-athletes.

Downing comes to Sterling from Liberty University where he currently serves as special teams coordinator for their football team. He brings over 30 years of coaching experience at the highest collegiate levels, including seven as head coach. Downing and Justin Morris ’00 form the Warrior Athletics’ executive leadership team.

Downing returned to his alma mater where he started his football coaching career in 1980 as the offensive line coach. In 1982, he was named head football coach at Sterling, becoming the youngest head coach in the nation. During his two seasons at the helm of the Warriors’ program, Sterling posted a 13-4-1 record and received the program’s first-ever NAIA top-20 national ranking.

Downing holds a B.A. in History from Sterling College. He and his wife, Karen, have three children, Matthew, Andrew and Zachary. 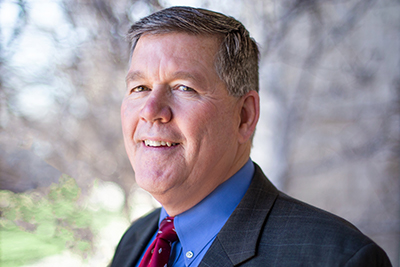