Mark was born and raised in South Africa and immigrated to the United States in 1977. He has also lived and worked in Japan (’83-’84), India (’87), Turkey (’92-’93), and Los Angeles (’93-’00) as a missionary and English high school teacher. After graduating with his doctorate from The University of Texas at Dallas, he and his wife Laurel (Director of the Mabee Library), moved to Sterling College in 2006 where they have been working ever since. They have three sons:  Caleb (SC ’14) Micah (SC ’19) and Josiah. In his free time, Mark enjoys playing chess (he is advisor for the college chess club), blogging on Medium.com, and visiting coffee shops and bookstores.  His academic interests include the literary origins of courtly and romantic love, poetic modernism, C.S. Lewis and the Inklings, and Dante Alighieri. 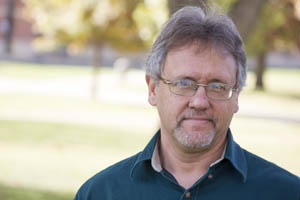