Mary is a senior associate professor in health, physical education and exercise science responsible for the Health/PE licensure program. She has been a coach for volleyball, basketball and softball. In 1986, she was inducted into the Northwestern College (IA) Athletic Hall of Fame and in 2018 she was inducted into the Sterling College Athletic Hall of Fame. From 1989-2005, she was the head volleyball coach at Sterling College. She was awarded ten AVCA Team Academic Awards and led her team to two KCAC championship victories (1994 and 1997). She is a two-time KCAC coach of the Year and won the McCreery Teaching Award in 2001.
Mary says, "What I enjoyed most about coaching, and now as a full-time professor at Sterling College, is the opportunity to share my faith, pursue educational excellence and build relationships with students." 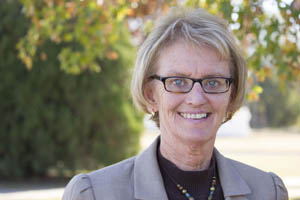