Before joining the coaching staff, she was a four-year starter and twice captain on Sterling College teams that finished with a combined record of 99-28 [78%], and won two conference championships and one KCAC tournament championship. Her teams made three trips to the NAIA National Tournament, where they finished in the Sweet Sixteen twice and Elite Eight once.

K.C. began her playing career in 2003-2004 as KCAC Freshman of the Year and honorable mention All-Conference, and ended her senior campaign (2006-2007) as the KCAC's Player of the Year and a third-team NAIA All-American. During her Sterling career, she was named to three KCAC All-Conference First Teams and earned NAIA Academic All-American honors twice. K.C. is Sterling College women's basketball all-time assist leader [549] and sixth all-time leading scorer [1,374].

K.C. resides in Sterling and, in addition to her position as a coach, she is an adjunct professor in the Exercise Science Department at Sterling College. 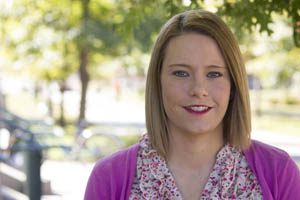