Stoltz comes to Sterling College from Barton County Community College, where she was an assistant coach for the last two seasons. In her first season at Barton, she helped the Cougars make a run for the Region VI title coming up short to end the season at 33-17. The Cougars earned a second-place finish in the Jayhawk East standings at 20-6, which included breaking up 10th ranked Butler's 77 conference game winning streak. Other highlights include aiding head coach Tyler Gunelson to a Co-Coach of the Year award in the KJCCC East Division I and having six Cougars named to the All-East Division squad.

Stoltz is originally from Mishawaka, Indiana, and was a standout player from Mishawaka High School. Stoltz left her mark on the state record book for hits in a single season (72), hits in a career (224), career batting average (.587), and longest hit streak (49 games). The 2013 Shelly Warner Award winner for the top female athlete, Stoltz was a four-time All-Northern Indiana Conference selection including being named the MVP, garnered All-State honors, and played in the ICGSA North/South All-Star game.

Moving on to Southeastern University (Florida), Stoltz continued her playing career for three full seasons for the Fire. Playing and starting in 53 games as a freshman, Stoltz batted .318 and stole a team-leading twenty-six bases on twenty-seven attempts. In 59 games of her sophomore season, Stoltz led the team in runs scored (47), walks (27), and on-base percentage (.478 OBP) and was second on the team in stolen bases swiping 36 on 42 attempts to earn All-Sun Conference honorable mention honors which included a player of the week award. In her junior season, Stoltz led the team in walks (44), and on-base percentage (.510).

Stoltz holds a bachelor's degree in sports and recreation management from Southeastern University. 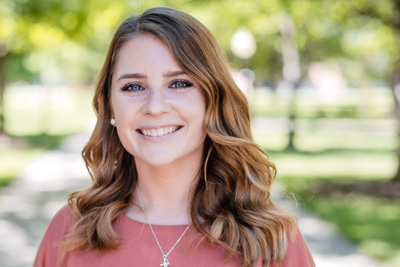